Co-founder of Farova Development Initiative. Benti started his journey as a soccer player at a very young age growing up in Maringo, Nairobi. Having had a supporting uncle, the late Kennedy Amwayi who once featured for AFC Leopards in Kenya, “Benti” was a young, determined and ambitious kid. He followed the foot steps of his uncle, while not missing a day at school or his assignments. At the age of twelve, “Benti” featured for the Maringo select team well known as Bedjos; team that has produced some of the best players in Kenya. This first experience made him feel like the pros. He did not put the Bedjos jersey down even after taking a shower, he slept in it dreaming of the following day’s match. “Benti” and Bedjos won the Nairobi U-14 championship title. This was a major stepping stone for this budding young soccer player and a focal point in his endeavor to realize a rewarding soccer career. As “Benti” joined high school, he was glad that he had made a positive milestone; but he was concerned about his friends that were unable to have the same opportunity. After graduating from high school, he went back to his Maringo team, Bedjos and all they did was playing soccer the whole day under Coach Ouma. Benti later joined Makongeni Youth (masa) where he became the captain for two years. This helped in shaping him to become a respectful citizen, player and individual. It kept him out of drugs and crime that had submerged the streets of Nairobi. Through his amazing soccer talent that sparked at an early age in Nairobi, “Benti” was lucky to get a college scholarship where he joined Mid Continent University in KY and later transferred to Western Kentucky University. “Benti” went back home (Kenya) after his sophomore year and realized most of his friends had dropped out of school and were loitering in the streets of Nairobi; committing crimes, abusing and selling drugs while others had been gunned down during attempted robberies. It was this devastation that led “Benti” to join hands with Felix and founded Farova Developmental Initiative to change the community by eradicating crime and drug abuse. 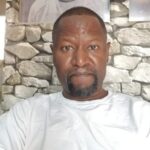 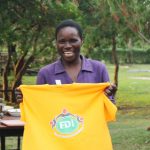